There are over 60 other diseases that birds and their droppings can carry. The problem is especially worrisome in populated areas, as many of them are airborne and can be transferred to humans just by being around droppings. If disease and parasites weren’t bad enough, they can cause extensive damage to your roof and HVAC systems.

Roofs also provide a safe perch from which to look for worms. In fact, many roofs offer birds a smorgasbord of insect snacks. When birds dig into your roof for insects, their beaks peck away at shingles and rafters. The acids in bird waste can destroy tar-based roofing materials and damage roof-mounted air conditioning equipment, attic ventilation turbines, skylights, solar panels, and solar water heaters. Having some preventive measures can greatly reduce your chances, we have affordable bird proofing and spiking solutions for large buildings, and your home. 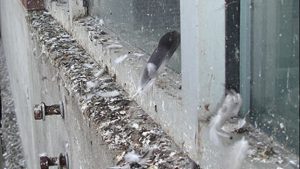 • Histoplasmosis- is a respiratory disease that can be fatal. It results form a fungus growing in dried bird droppings.
• Candidiasis- is a yeast or fungus infection spread by pigeons. The disease affects the skin, mouth, and respiratory system.
• Cryptococcosis- is caused by yeast found in the intestinal tract of pigeons and starlings. The illness often begins as a pulmonary disease and may later affect the central nervous system. Since attics, cupolas, ledges, schools, offices, warehouses, etc. are typical roosting and nesting sites, the fungus is apt to be found in these areas.

• Salmonellosis- often occurs as “food poisoning” and can be traced to pigeons, starlings, and sparrows. This bacteria is found in bird droppings; dust from droppings can be sucked through ventilators and air conditioners, contaminating food and cooking surfaces.
• E.coli- cattle carry E. coli 0157:H7. When birds peck on cow manure, the E. coli goes right through the birds and the bird droppings can land on or in a food or water supply.

Besides being direct carriers of disease, nuisance birds are frequently associated with over 50 kinds of ectoparasites, which can work their way throughout structures to infest and bite humans. About two-thirds of these pests may be detrimental to the general health and well-being of humans and domestic animals. The rest are considered nuisance or incidental pests.

A few examples of ectoparasites include:

• Bed bugs- may consume up to five times their own weight in blood drawn from hosts which include humans and some domestic animals. Pigeons, starlings, and house sparrows are known to carry bed bugs.
• Chicken mites- are known carriers of encephalitis and may also cause fowl mite dermatitis. While they subsist on blood drawn from a variety of birds, they may also attack humans. They have been associated with pigeons, starlings and sparrows.
• Yellow mealworms- perhaps the most common beetle parasites of people in the USA, lives in pigeons nests. It is found in grain products, often winding up in breakfast cereals, and may cause intestinal canthariasis.

Here are the top 4 pest birds in the Pacific Northwest.

They have earned this nickname. These birds can carry over 60 transmittable diseases and many parasites. They will nest in any place that has a food source near by. Their nest can lead to clogged gutters and blocked windows/doors. Their nesting can cause damage to roof-mounted air conditioning equipment, attic ventilation turbines, skylights, solar panels, satellite TV and phone equipment.

Their waste can contaminate water, food and air supplies. 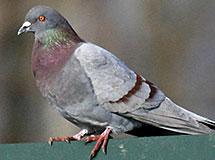 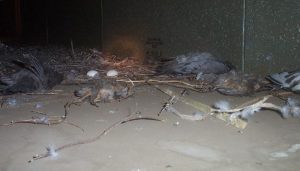 Pigeon nesting materials and dead carcasses found inside the hvac system of an office building. 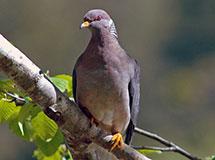 There are 3 main reasons why sparrows are so dangerous:

1) The diseases they carry.

3) Because of their nesting habits. 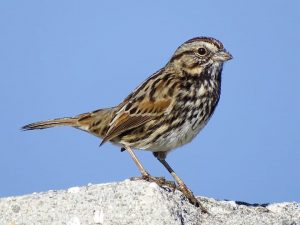 Sparrows carry more diseases and viruses than most rodents. Due to their social behavior and close proximity to humans, the diseases can very easily be transmitted.

They are social birds and usually stick together and breed in colonies. Their large colonies are among the most recognizable group of birds on the planet. The primary reason why they are so dangerous and problematic is due to their social nature (one bird is annoying; hundreds can be a nightmare). While some pest birds (or pests in general) will come alone or in small groups, sparrows appear in masses and wreak havoc wherever they go.

When sparrows nest, they look for enclosed and relatively safe areas to build their homes. When you have hundreds of sparrows—each one potentially harboring diseases and parasites and filling every nook and cranny of your home or business—the chance that they will cause serious property damage is very real.

Their nest can become a true fire hazard. Nesting in places such as; electrical boxes, in exposed pipes, in ventilation pipes and ducts, exposed rafters, crawl spaces, and near coolers and heaters mounted atop buildings.

Like sparrows, starlings are highly vocal birds. They also travel in large flocks, and their numbers. Like pigeons, their waste can be corrosive to certain metals and alloys.

Starlings will typically assault a wide range of crops, including strawberries, blueberries, grapes, tomatoes, peaches, figs, apples and cherries. Fruit damage is often caused by younger birds, which have underdeveloped probing skills. It is not uncommon for a flock of 4,000 starlings to cause major loss of revenue in a large vineyard in a week’s time. 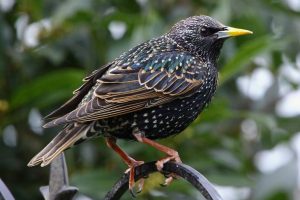 Starling nests built into building cavities can pose a fire hazard. New nests are typically added to old, compounding this combustible materials hazard. When starlings enter buildings to roost and nest, they create sanitation problems; when they nest in farm equipment, they create fire hazards. Their droppings carry ticks and mites, and they are highly acidic, eating into paint and degrading the strength and structural integrity of many materials, including infrastructures and roof linings. The sheer amount of droppings together with their chemical action can damage and kill trees and any vegetation underneath.

Starling nests are started by the male and built out of dry grass and leaves, creating a hole to attract the female, who completes the nest by making a nest cup and lining it with fine grasses, moss and feathers. Anywhere from three to eight eggs are laid in each clutch.

Woodpeckers drum on house siding for four reasons: to obtain food (insects) within the siding, to build a nest, to establish a male’s territory, or just for the heck of it. In nature, woodpeckers are a vital part of a healthy forest ecosystem. However, in urban areas, they can cause major damage to your home, deck, chimney, fence, as well as power lines.

Drumming: Simple drumming behavior is designed to make noise, either to attract a mate or advertise that nearby territory is claimed. Damage caused by this type of pecking is minimal but may lead to additional problems, and the constant noise can be frustrating.

Feeding: Woodpeckers forage for insects by prying or drilling into wood for different types of beetles, larvae and other pests. If the food source is large, damage from woodpeckers can be quite extensive, though the holes are often shallow.

Nesting: Woodpeckers are cavity-nesting birds that require a hollowed out nesting site, and extensive drilling in one location may be excavation for a nest. This damage will be localized in one area, though several other test sites may be excavated to a lesser degree. A nesting hole will be quite large and deep. 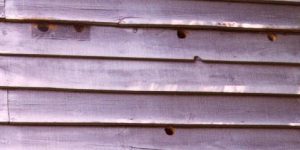 Woodpeckers hack out their nests in trees, wood beams or even inside the walls of buildings. They seldom return to previous nesting holes. The lower part of the opening is angled slightly to allow water to drain outwards. The birds will lay anywhere from four to eight eggs. The woodpeckers nests are federally protected; unlike the pigeon, sparrow, and the starlings nests.